This article is from The New York Times. Full article archive.

7 Tips for Saving on Rental Cars 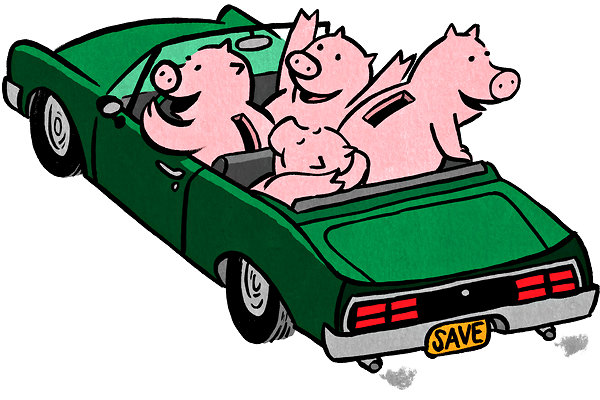 HITTING the road this summer? Better get booking.

As the busy summer car-rental season begins, prices are expected to climb. “In early June through the end of August, these rates will spike,” said Neil Abrams, president of Abrams Consulting Group, which tracks the car rental industry. Last July, for example, the average rate for a weekly airport rental of a compact car booked seven days ahead was $369.62, or 56 percent more than the $236.73 charged in March, according to the Abrams Travel Data Index. Here are some tips to keep costs down.

Let go of name brands. Look beyond Avis, Hertz and other big national chains to independent agencies like Payless and Fox Rent a Car. Because of lower operating costs, their cars, which can be found at Web sites like CarRentals.com and CarRentalExpress.com, typically cost 15 to 30 percent less than rentals from mainstream agencies. Another company with an unfamiliar name, at least to most Americans, is the German agency Sixt, which has begun opening branches in the southeastern United States, including in Atlanta, Miami and Orlando, Fla. To boost brand recognition, the company, whose fleet includes BMWs, Mercedes-Benzes and Volkswagens, is offering deep discounts. For example, a Mercedes C-class cost $38.81 a day in late May at Sixt’s Orlando airport location, according to a recent search. By comparison, the lowest rate offered by Hertz for the same dates was $50.57 a day for a Kia Rio or similar economy car.

Dig for virtual discounts. Search for discounts and coupons on sites like Promotionalcodes.com and CouponWinner.com, or type in the name of a rental company and “coupon code” into Google to see what turns up. Rental car companies offer discount codes to members of frequent flier programs, and other organizations they partner with, including AAA, Costco and BJ’s, so check those sites if you’re a member. But don’t stop there. Most major car rental companies allow you to combine discount codes with a coupon code. For example, a full-size car from Hertz over Memorial Day weekend at Washington Dulles airport was $255.71 in a recent search. Plugging in the discount code 62455 for United Airlines frequent fliers and Hertz’s promotional coupon code, 168210, brought the price down to $160.02.

Track rates through Autoslash.com. This site, which continually checks for lower rates and coupons until your trip date, can be used in one of two ways: You can track the price of a rental booked elsewhere, or you can book directly through Autoslash, which currently works with Payless, Sixt, Fox and E-Z Rent-A-Car, and the site will apply any discounts it finds.

The drawback with the second option is limited inventory. Major companies don’t like the idea that Autoslash capitalizes on the fact that consumers can usually change or cancel car reservations at any time without penalty. Dollar Thrifty Automotive Group, as well as Hertz and Advantage, recently pulled its inventory from the site, as my colleague Ron Lieber recently reported. Enterprise, which owns National and Alamo, won’t let AutoSlash list its cars either.

Avoid the airport. Off-airport locations are typically cheaper than airport locations, which tend to tack on fees that can raise the price by 30 percent or more. For example, a compact rental from Hertz at Boston Logan International Airport over the Fourth of July weekend was recently listed at $50.49 a day, or $219 a week with taxes at Carrentals.com, a unit of Hotwire. By taking the subway to the Arlington stop and walking a couple of blocks to the local Hertz lot, a traveler could cut costs to $39.98 a day, or $146.65 with taxes for the week.

Reserve the car for longer than you need it. This may sound counterintuitive, but tacking an extra day on to that weekly rental or even adding a couple of hours to extend it over a weekend — with no intention of returning the car that late — can actually lower your rate. The strategy takes advantage of lower prices aimed at leisure travelers who are more likely to travel on weekends, said Marty Paz, a telecommunications manager from Las Vegas who has become something of a car rental pricing sleuth since he began avidly renting cars to pad his frequent flier account. (Last year alone he rented more than 100 vehicles, accumulating a quarter-million miles.)

Mr. Paz said you are essentially tricking the system into thinking you’re booking a two-day weekend rental, which typically has a lower base rate, with the goal of returning the car early. For example, the rate for a midsize car rental from Alamo at the Las Vegas International Airport, from noon on Thursday, June 7, to noon on Friday was recently listed on Alamo’s Web site for $35.95 (or a base rate of $27.27 plus $11.41 in taxes and fees). But extending the return time to 2 p.m. — two hours after the weekend rates “officially” kick in — drops the base rate to $15.18 a day. Though the overall estimated cost shows an additional $10.12 extra in hourly charges, you can still return the car at noon and get the lower rate, said Mr. Paz, who added, “Oops, you got there early.”

Negotiate. Even after you’ve booked the best possible rate, it can be worth swinging by the rental counter to see if you can finagle your way into a better car. “You don’t ask, you don’t get,” said Mr. Abrams, the rental car consultant. Success with this strategy can depend on everything from the type and number of cars on the lot to the mood of the clerk, he added. But some companies are happy to put you in a bigger, or less popular, vehicle for the cost of a compact — if it’s in their interest.

“I frequently need minivans for the volunteer activities I do with teens,” said Marty Paz, the car-rental rate hacker, who has noticed by perusing the parking lot that there is often a glut of minivans at one location he frequently rents from on the weekend. “Often times I’ve reserved an economy car for a Friday and just offered graciously: ‘If there’s a van, I’ll take that. I don’t mind,’ and for the price of the economy car I get the minivan.” (A larger vehicle, of course, will require more fuel.)

Prepay. Taking a page from hotels, rental car companies are offering discounts of up to 20 percent to travelers willing to prepay. In a recent search for weekly rentals at Boston Logan International Airport in mid June, for example, Hertz was offering economy cars for $173 a week at the “pay now” rate. The “pay later” rate was about $30 more. The trade off for locking in a low-rate? Cancellation penalties ranging from $10 with Budget to $50 if canceling within 24 hours with Hertz. And don’t forget about Priceline.com and Hotwire.com, which offer deep discounts to travelers willing to be locked into a preset price before finding out the rental car company.

Information and resources for visitors to BZN, Bozeman, Big Sky, and Yellowstone

Tips For Bozeman and Beyond